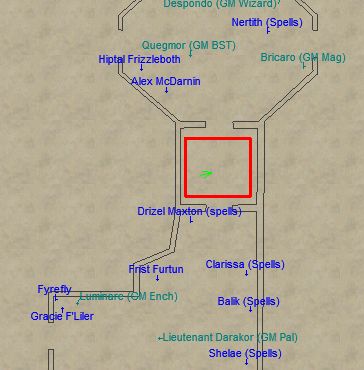 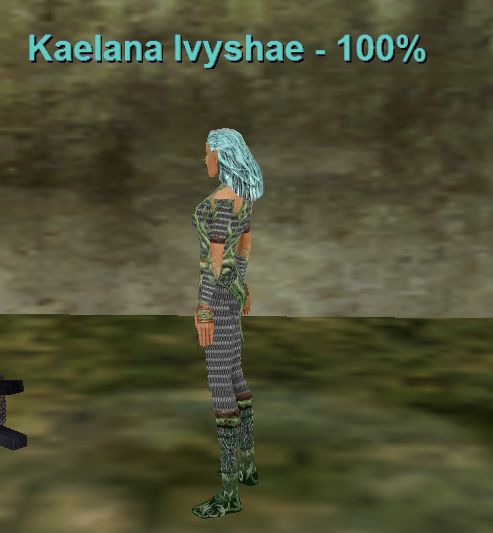 Then  keyword :can be found 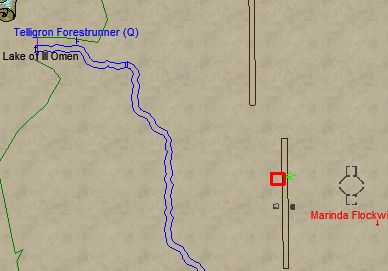 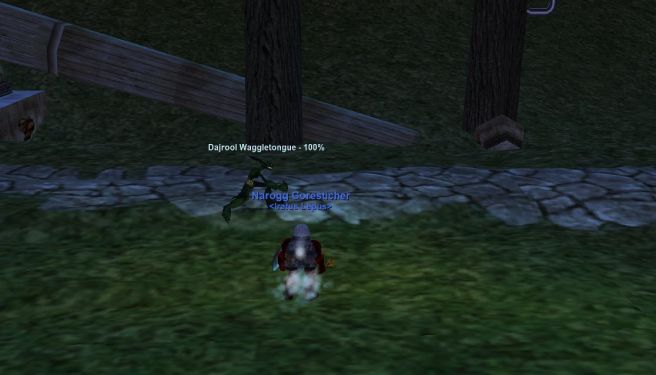 After hailing him, he would not talk to me and killing him did NOT yield the quest piece.

Killing him was a huge mistake. I took a – 40 faction hit to Droga Goblins

Heading to Nurga to see what goblins I can kill to get the Droga Goblin faction higher.

It appears any named goblin in Nurga is a + 3 or so faction increase for this guy.

I got the  keyword something for me which was clickable

Darjool requests a  bracer that was stolen from him by Rusdai who is  a sarnark.

Google told me  Rusdai is in chardok and has place holders of a treasury guard so that’s where I went.

Allah just updated the loc of Rusdai. I was killing the correct mobs but must have terrible luck. 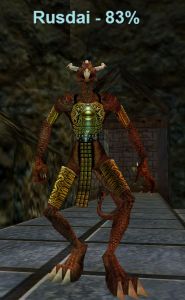 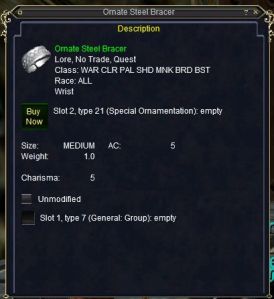 I guess you could say I stalked Dajool Waggletongue… Here is his roam pattern over 30 mins.

I highlighted his route in red and the green circles are the best place to wait for him. 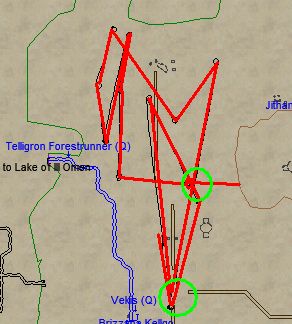 Turn in the Ornate Steel Bracer to Dajool Waggletongue, and he will give you this item. 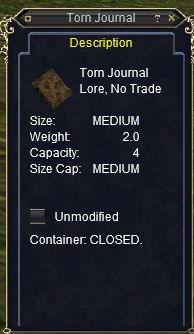 The journal holds 4 slots, so I am assuming I need 4 pages.

While faction grinding in Nurga, I obtained two of the pages off of trash. 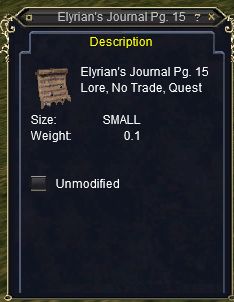 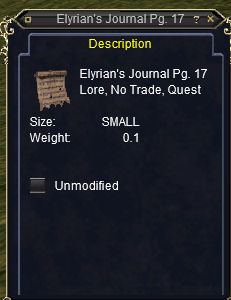 Looks like I am heading back for two more….

Got them in under 15 mins off trash at entrance. 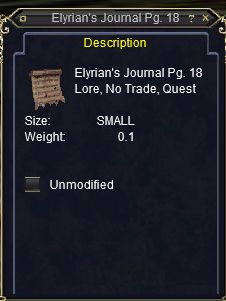 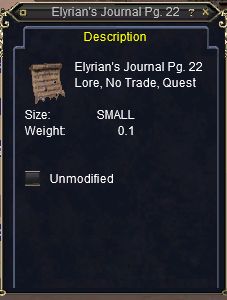 Combining the pages in the torn journal container produced this. 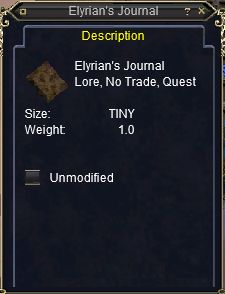 Turning  Elyrian’s Journal into Kaelana Ivyshae results in a new keywords and a sigil being given to you. 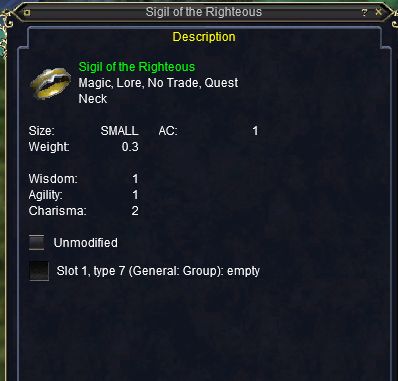 Kaelana  Ivyshae sends you on a task to kill Tivnesh,who is an ancient undead iksar who cursed Iryal, and loot the Blood Agreement. Turn the sigil that she gave you, and the blood agreement that you looted into Iryal,  who will then give you an ancient blade.

I found Tivnesh after about 6 clears of the east wing of Howling Stones. 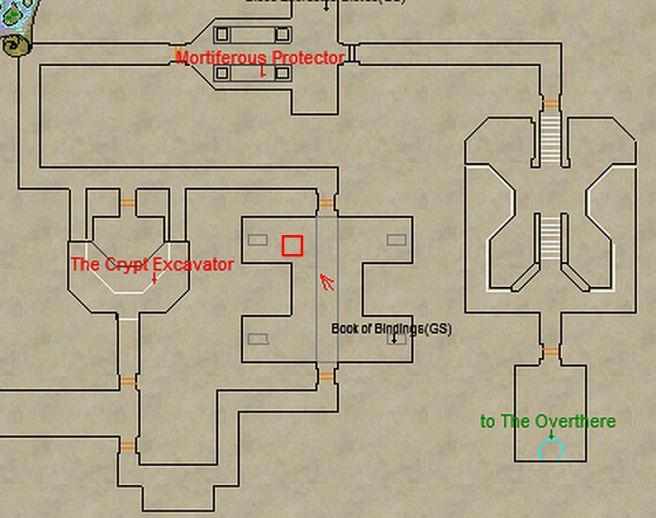 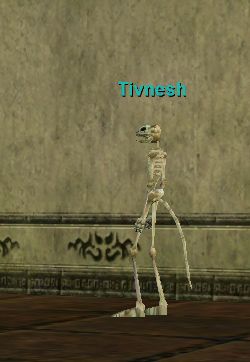 I killed him and looted the Blood Agreement 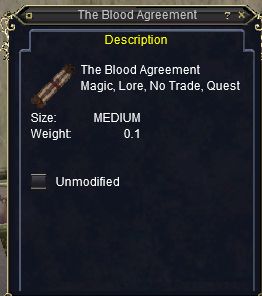 I returned to FV and found Iryal in the north. 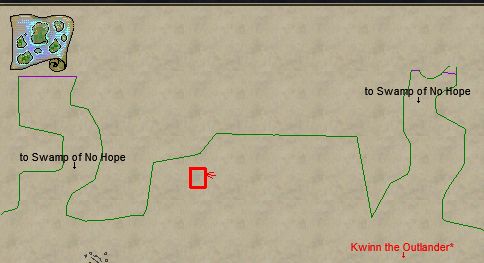 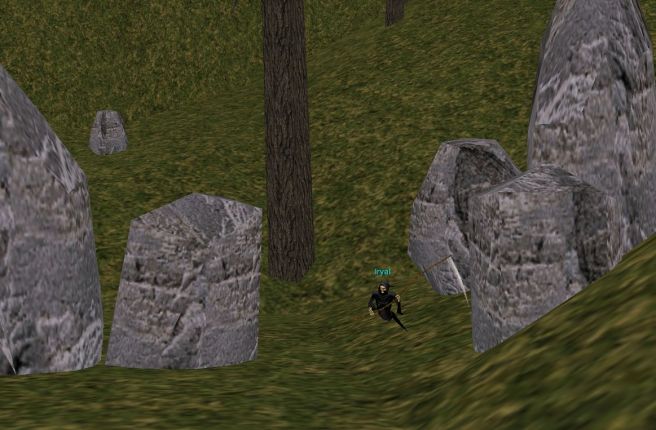 Turn in the items to Iryal 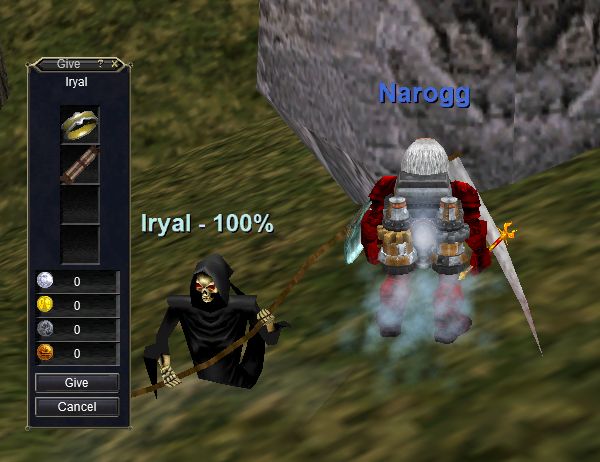 He gives you this. 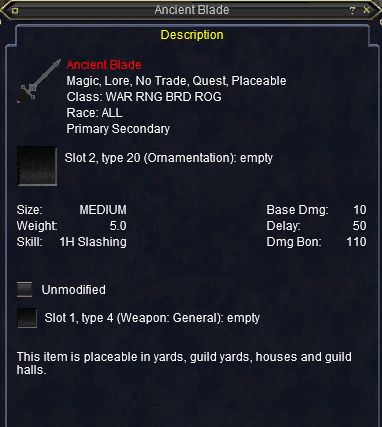 I tried to turn in the ancient blade to Kaelana Ivyshae and go this error message.

Luckily, I wrote notes on the second Keyword when it was presented.

This sends you on a task to retrieve Ore and Ivy.

The Mist Reaver is in the City of Mist.

It through the locked door  and up the path to the archways.

The Captain of the Guard has the key to the door. 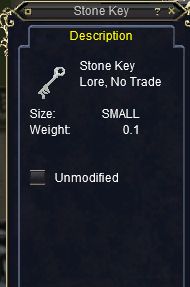 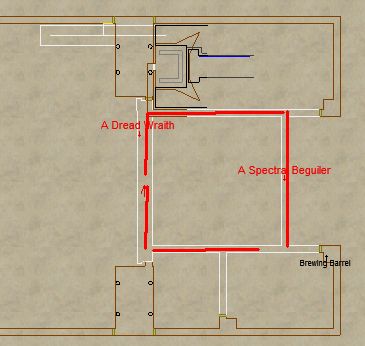 Mob roams the red line. His place holder is a black reaver. 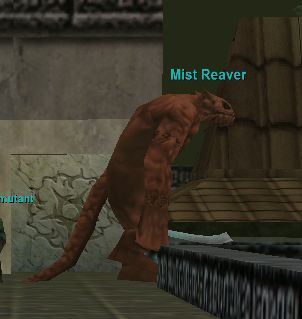 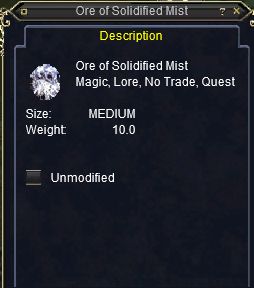 My EQ lore knowledge is really bad, I did not know the ruined city built by Venril Sathir.

But luckily Google did.

Drop off the bridge to the water and head to the Green Tunnels.

Down there will be these mob types 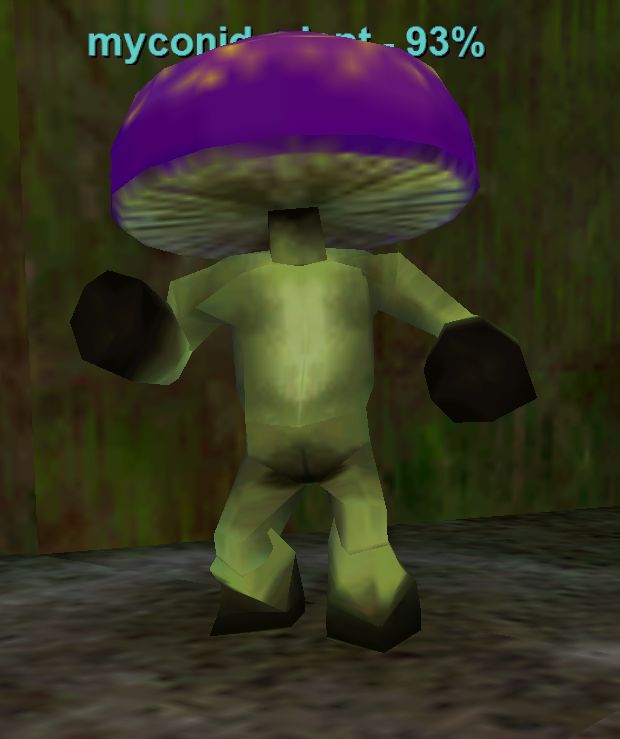 Spent 1 hour killing these and no luck yet…

Found the right mob to be a reaver type. He was at this location. 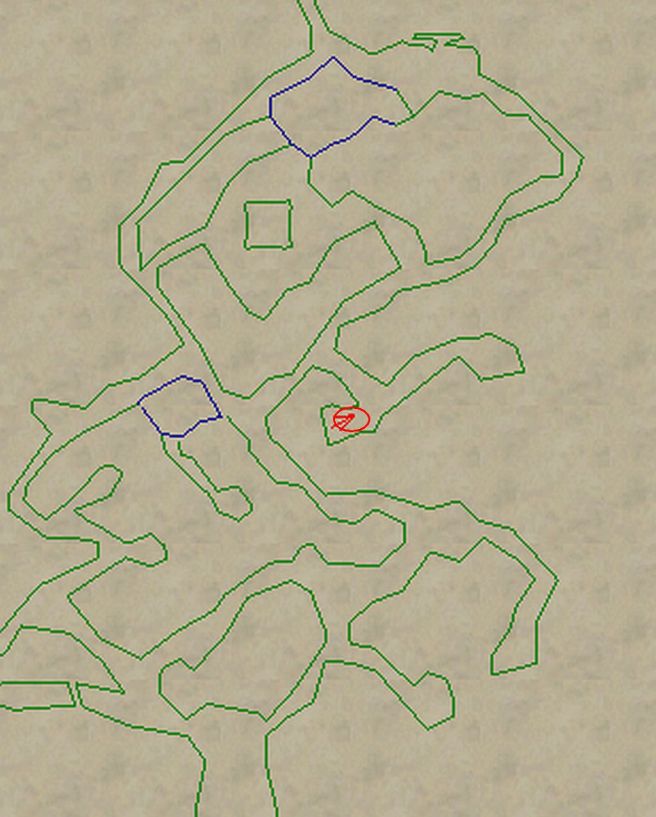 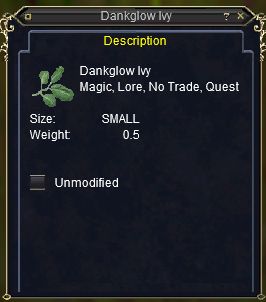 Return to FV and give the ore, ivy and ancient blade to  Kaelana Ivyshae. 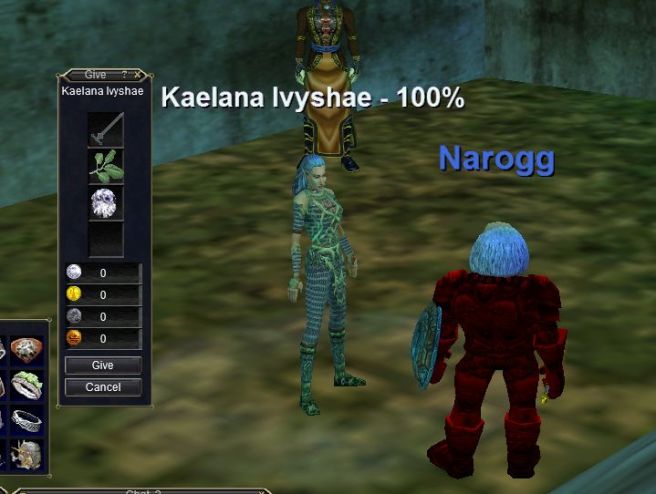 Here is the final reward she gives you. 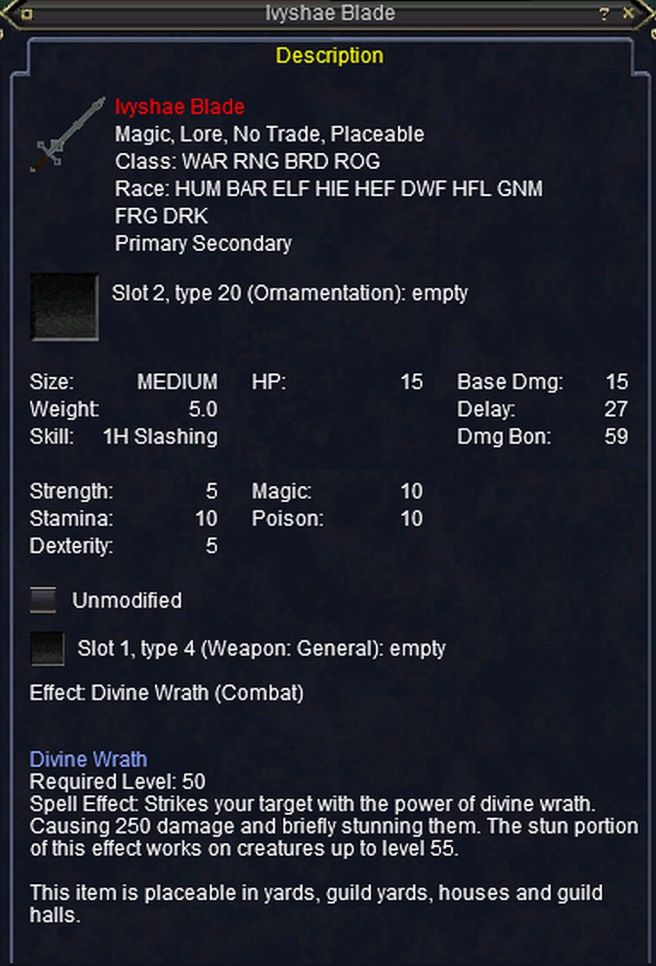